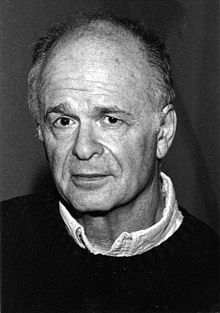 Chris was sitting up in bed the first time Kirt saw him in the hospital. He said “I know I’m very sick, even if they don’t know what I got yet. But it’s not in the head. Meaning it’s not in my mind, because the truth is I think what I got’s going to spread to my head. But that’s not here nor there. Right now I know I’m very sick in the liver, in the stomach — one of those organs around there and maybe a couple of them. I know It’s going to kill me but I don’t know when. I’m almost sure I won’t be around in a year or so, and my real feeling is I won’t last six months.”

As he was walking to the parking lot, a man he had never seen before came alongside him and said “I was standing several graves, or whatever you want to call those things, over from you when you were inside before. I don’t mean to intervene, but we seem to be walking in the same direction to lot B. That must have been one hell of a person you visited just now. One really wonderful person. My condolences, no matter how long a time that person’s death might have been. Though because this cemetery, or whatever it is, is so new, it couldn’t have been more than seven years ago.”

“It was only last year — this week’s his anniversary. And he was all right as a person, not great — I don’t want to lie to you. But thanks.” He patted the man’s back and got into the car. He backed up, pulled away and saw in the rear view mirror the man waving at him.”

Stephen Dixon was a novelist and short story author who published hundreds of stories in an incredible list of literary journals. Dixon was nominated for the National Book Award twice–in 1991 for Frog and in 1995 for Interstate–and his writing also earned him a Guggenheim Fellowship, the American Academy Institute of Arts and Letters Prize for Fiction, the O. Henry Award, and the Pushcart Prize.