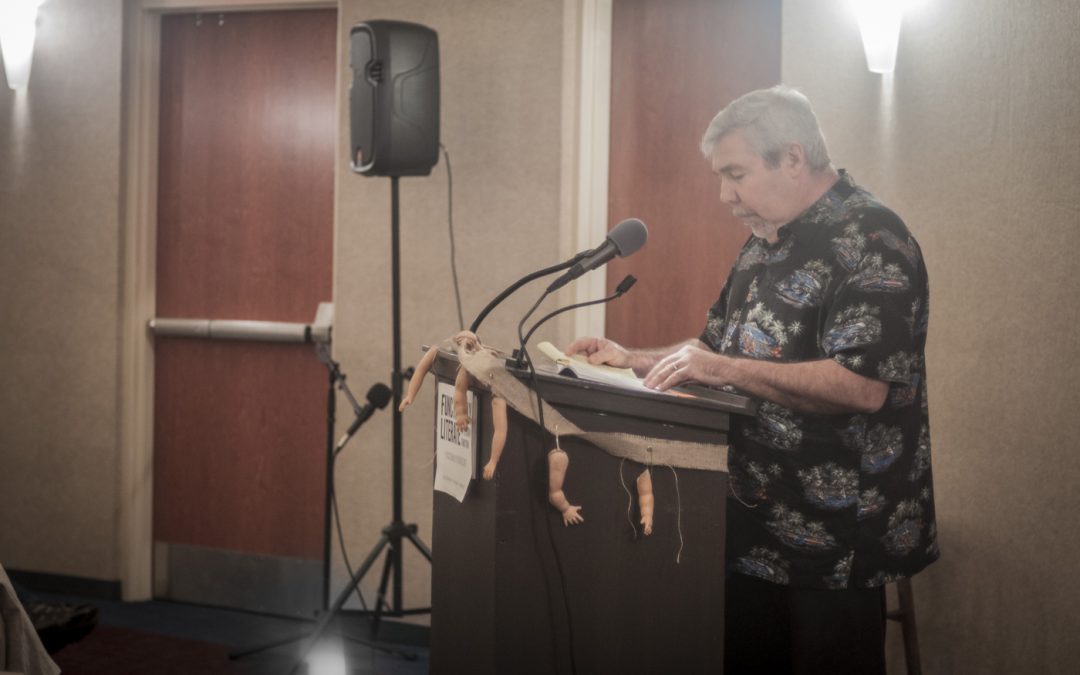 Somebody died out there.

Right there outside Morton’s window overlooking Georgetown across the Potomac where he and Emily will be moving this coming weekend into a $900-a-month townhouse that Emily claims they can well afford now that she got her promotion and as long as Morton gets a decent raise this year.

“Yes,” he says. “Yes, I do. I know what you want. I know what I want.” He pulls her to him, holds her tight, head of cauliflower pinned between them, knife in her other hand held low and to the side.

“Let go,” she says, but he hangs on, desperate now. He rubs her back, croons yes, yes, that’s my baby, shush now, until her sobbing loosens, muscles unknot. She drops the cauliflower, leans into him, and Morton hugs her tighter and tighter, heart racing, waiting for the clatter of the knife on the floor.

Pat Rushin is the author of the story collection Puzzling Through the News. His original feature-length screenplay, The Zero Theorem, was produced in 2014 by The Zanuck Company and Voltage Pictures, and directed by Terry Gilliam. His latest book, The Call: a virtual parable (Burrow Press, 2015), was the inspiration for Gilliam’s film. He has published essays, screenplays, poetry, but mostly stories in a variety of literary magazines, including The North American Review, Quarterly West, Sudden Fiction, Indiana Review, The Beloit Poetry Journal, The Johns Hopkins Magazine, American Literary Review, Fwriction : Review, and elsewhere. He teaches creative writing at the University of Central Florida, where he has also (twice upon a time) served as editor of The Florida Review.