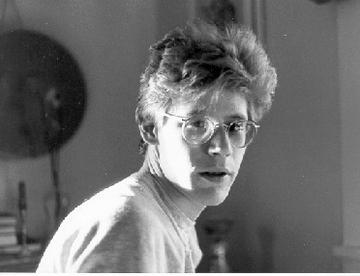 As seen in Days of Summer Gone, Galileo Press, 1990

Two women are hugging each other goodbye
On the sidewalk in the tree-shadow
Of a late spring afternoon. It is not
Sexual, though both are beautiful.
And though both are tall and lithe
Under their dark hair, the differences
Between them are infinite
And support one another. Behind them,
In the distance, buildings
Tangential to the sun catch fire a moment,
Then darken. A young man, hands
In his pockets, is coming towards them.
The women are crying.
They are not yet ready to part.
And it is not sexual.
Even the young man, who is surely lonely,
Slows as he approaches them.
Feeling a sudden reverence
He wouldn’t have thought himself capable of.
He stops half a block away.
The women part. They part
Like drapes drawn open
To catch the last light.
One of the women gets into a car
And drives away; the other
Waves, then turns back across the grass,
Perhaps to her apartment. And the young man
Walks on into the gathering
City twilight, which will be
More beautiful and lonely for him
When he looks up. His whole self is focused
On the precise spot of the women’s
Parting. When he reaches for the spot,
He stands there. Just stands there,
Transformed in the vivid air of their absence.

Joe Bolton was an American poet. He was born in Cadiz, Kentucky. He completed a master’s degree at the University of Florida in 1988. He published three books of poetry. He died while looking at the galley edition for Days of Summer Gone, and published two other books of poetry after his death.