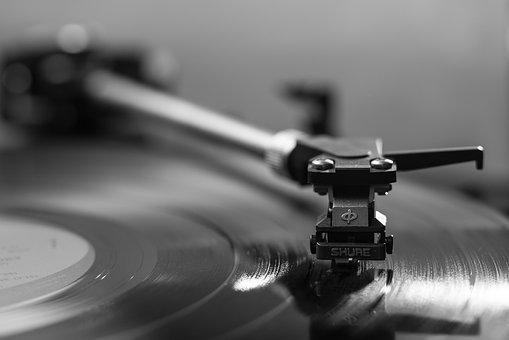 So much death in the room but no people–
the candles burned down to their stumps,
the food untouched, the meat growing cold
in its grease. Under the couch, the cat plays
with a mole it dragged in from the barn,
The mole crawls off. The cat drags it back.
If cats could laugh, this one would be laughing.
The air in the room is thick with shouting,
although no words are left. The woman is upstairs
trying to write a letter. The man is outside
measuring the dead space between the stars.|
The air is thick the way cold gravy is thick,
the way air in a dream is thick when you run
and whatever is running after you gets closer.
The only sound comes from the stereo where
the needle is stuck at the end of a record.
Click, click, it says, click, click — a sound
like the detritus of all their words together.
They are not here to listen. She is upstairs,
jabbing her pen repeatedly against paper.
He is outside staring up at the holes in the sky.
How sloppy the sky looks with light leaking from it
like water from a cracked ceiling. But what
can he do about it? He has no wish to fix it,
nor is he yet brave enough to drag it down.

Stephen Dobyns is the author of more than thirty-five novels and poetry collections, including The Burn Palace, The Church of Dead Girls, Cold Dog Soup, and Cemetery Nights. Among his many honors are a Melville Cane Award, Pushcart Prizes, a 1983 National Poetry Series selection for Black Dog, Red Dog: Poems, and three National Endowment for the Arts fellowships. His novels have been translated into twenty languages, and his poetry has appeared in the Best American Poetry anthology. Dobyns, who has taught at the University of Iowa, Boston University, Syracuse University, and Sarah Lawrence College, teaches creative writing in the master of fine arts program at Warren Wilson College.