From “The Interlude” by D.W. Fenza 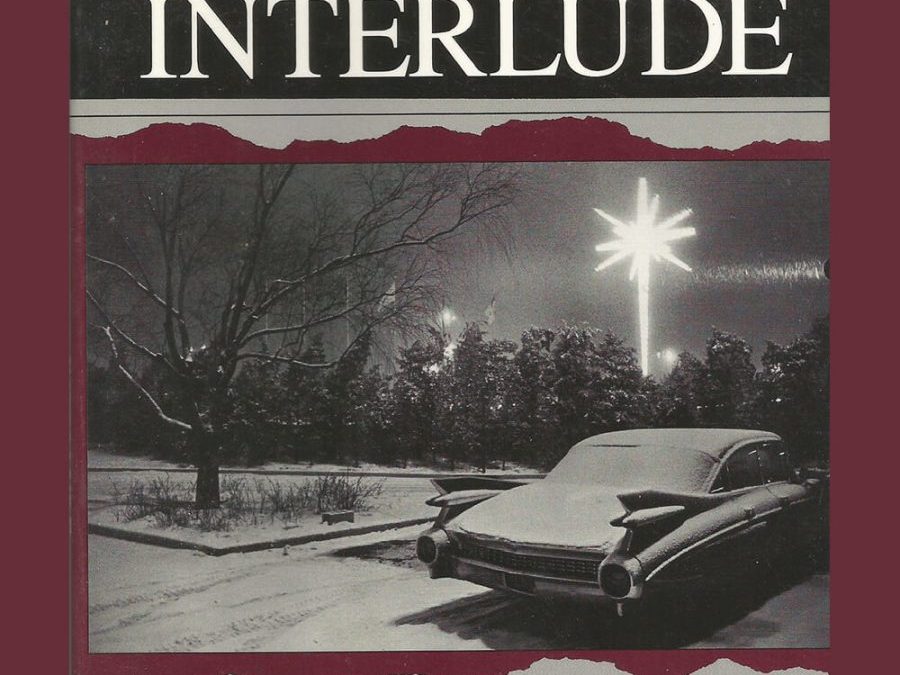 He often imagined kissing her in the rain,
in one of those romantic triumphs over adversity.
Reclining with his back to the earth, he stares into
the sky as it plummets into itself; he decides
the sky is his pieta, a woman in a blue robe
swaddling the dark space of her unborn child,
the emptiness blessed with freedom. Having denied
everything, he found himself free to try on
various philosophies, as though he were a boy
trying on the hats of dead fathers. Now,
when love calls, from the other side of the world,
its her noon to his sunset, her dawn to his midnight;
maybe it was a dictum of reversals that drove them
so far apart, so they could walk in a blasted orchard
where all the trees are up-ended, roots splaying
to the blue and white heavens. So many delusions
marketed themselves as successful screenplays,
calling for a madonna in evening dress, a father
in dark blue suit with matching fedora; but the roles
had failed to move him; and he remained his own
only child. He never kissed her in the rain;
and now as before, more than a body of water
held itself between them.

D.W. Fenza is the author of a book-length poem, The Interlude. He wrote “The Uses of Poetry” for the anthology There is No News. On 18 April, 1930, at 8.45pm, the BBC announced: “There is no news.” Piano music played for the rest of the 15-minute bulletin. To mark the 90th anniversary of that extraordinary utterance, Recent Work Press invited 90 poets from around the world to make a response to the theme There Is No News.